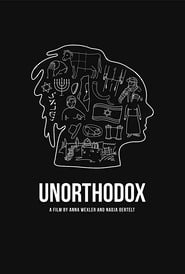 At sixteen, Anna Wexler had broken away from her Orthodox Jewish community in New Jersey, rejecting its religious doctrine and social restrictions, and severing ties to her family. This led to her running away from home, sleeping on the streets, and experimenting with sex and drugs with friends who had also left the Orthodox world. However, after studying in Israel, her friends had a change of heart and returned to the fold. Feeling betrayed, Anna launches a quest to understand their transformation by following three rebellious Jewish teenagers in their yearlong rite-of-passage journey from high school to Israel. Along the way, Anna is forced back to the roots of her own struggle to understand the meaning of faith and the essence of religion and identity.
Original title Unorthodox