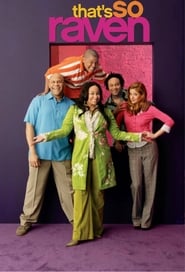 The fourth and final season of That’s So Raven aired on Disney Channel from February 20, 2006 to November 10, 2007. This season ultimately became the final season of the show, closing the chapter on the story of the Baxter family, which now consists of only Raven Baxter, Cory Baxter, and Victor Baxter, following T’Keyah Crystal Keymáh’s departure from the show in the third season as the matriarch, Tanya Baxter. Anneliese van der Pol and Orlando Brown reprise their roles as Chelsea Daniels and Eddie Thomas respectively.