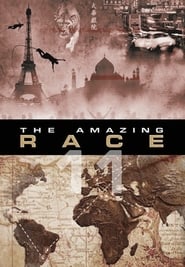 The Amazing Race 11 is the 11th installment of the reality television show The Amazing Race. The Amazing Race 11 featured eleven teams of two — ten returning teams from previous editions, and a dating couple who had met and competed against each other on a previous season — in a race around the world. The eleventh cycle premiered on February 18, 2007 at 8:00 p.m. EST, 7:00 CST for one hour, and the season finale was on May 6, 2007.