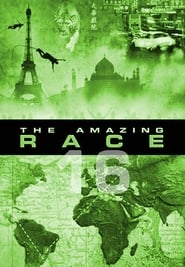 The Amazing Race 16 is the sixteenth installment of the reality television show The Amazing Race. The Amazing Race 16 features eleven teams of two, each with a pre-existing relationship, in a race around the world. The sixteenth cycle started on Sunday, February 14, 2010. It aired on CBS in the United States on Sunday nights at 8:00 p.m. ET/PT with the season finale on May 9, 2010, and in Canada, the show premiered on the A-Channel, not CTV, but it returned to CTV after the Winter Olympics concluded. The show was again hosted by Phil Keoghan.