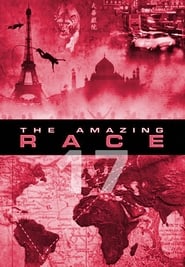 The Amazing Race 17 is the seventeenth installment of the reality television show The Amazing Race. The Amazing Race 17 features 11 teams of two, each with a pre-existing relationship, in a race around the world. The seventeenth cycle started on Sunday, September 26, 2010. It aired on CBS in the United States in a special 90-minute episode; then returned to its normal hour-long format the following week on Sunday nights at 8:00 p.m. ET/PT with the season finale on December 12, 2010. The show was again hosted by Phil Keoghan.