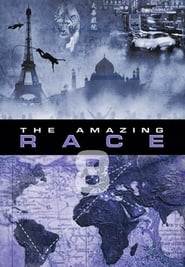 The Amazing Race 8 is the eighth installment of the reality television show The Amazing Race. The Amazing Race 8 differed from previous installments of The Amazing Race in that instead of pairs of adults with a pre-existing relationship, this race featured ten families of four and allowed the participation of minors as young as 8. The Race returned to the original teams of two adults for The Amazing Race 9. Filming ran from July 7, 2005 to July 31, 2005. The show premiered on Tuesday, September 27, 2005 and concluded on December 13, 2005.