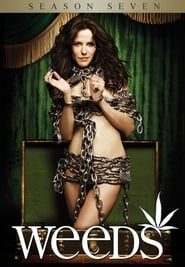 The seventh season of Weeds premiered on June 27, 2011 at 10 E/9 C on the television cable network Showtime, and consisted of 13 episodes. As the season picks up, Nancy has spent three years in prison and now lives in a strictly monitored halfway house in New York City, where the family meet after the other Botwins have spent three years in Denmark.